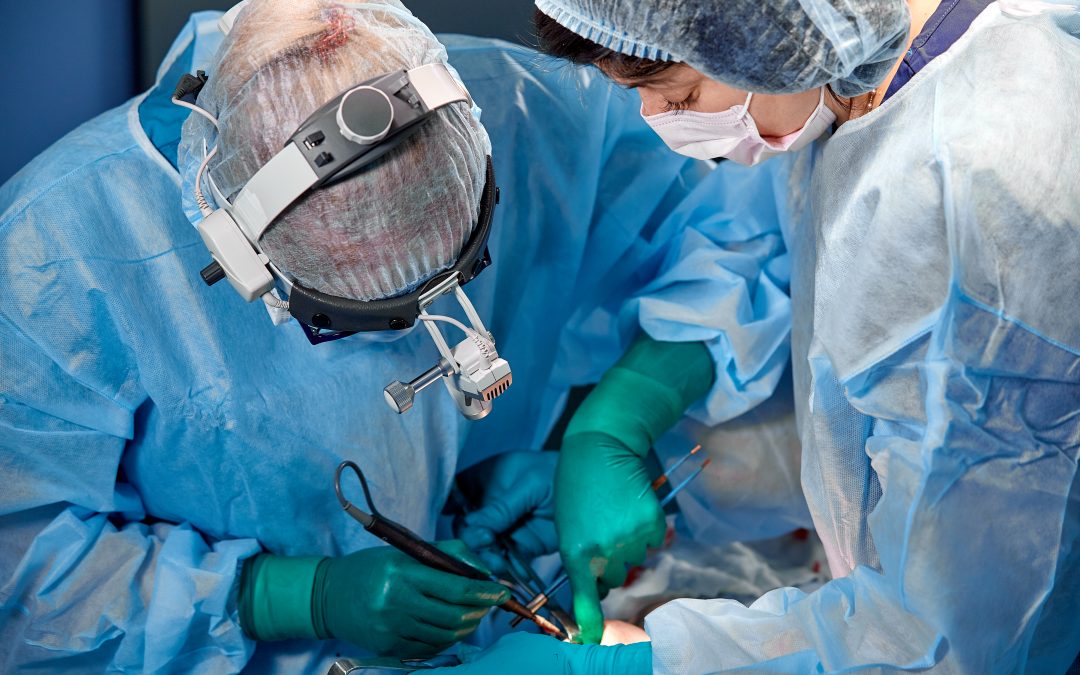 There are several new directions being pursued in minimally invasive cardiac surgery, including using

Smaller or more directed “limited incisions” to access and repair only the area of interest on the heart.

Coronary grafting is also now being done off-pump without the hemodynamic support of CPB or the “still heart” achieved by using cardioplegia. Conduits for bypass grafting are being harvested in a less invasive fashion, and valvular & certain congenital cardiac surgery to be done solely through intercostal space.

today. The typical patient presenting for this procedure requires multiple coronary grafts to various regions of the heart. Conventional coronary artery bypass grafting employs CPB for circulatory support and cardioplegia to temporarily stop the heart during the grafting. The heart is accessed through a full median sternotomy incision, and additional longitudinal incisions are required to harvest the coronary bypass conduits. This results in a moderate amount of surgical trauma, a systemic inflammatory response, hemodilution from the CPB circuit, and the potential risk of achieving a suboptimal cardioplegic arrest.

Coronary bypass grafting can be done safely and effectively without the use of cardioplegia or CPB circulatory support. The beating heart is repositioned within the mediastinum to expose the coronary targets using pericardial retraction sutures, and the area of interest is stabilized using various custom made mechanical cardiac stabilization devices. The region involved in the bypass grafting is mechanically stabilized while the rest of the heart continues to beat. Coronary blood flow to that region is temporarily interrupted with snares while the artery is opened and the graft is sewn into place.

Additional developments include minimally invasive saphenous vein harvesting from the leg and, most

recently, minimally invasive radial artery harvesting from the forearm. These conduits can now be

particularly in obese and diabetic patients, and markedly improved early postoperative patient mobilization in the hospital. Minimally invasive direct coronary artery bypass (MIDCAB) grafting of a single coronary artery is an additional strategy reserved for situations where a sternotomy or catheter-based intervention are contraindicated, or a catheter-based intervention has previously failed.

Cardiac valvular disease, either congenital or acquired, presents a different set of issues for the

chambers, and therefore by definition need to be done with the support of CPB, usually with cardioplegic arrest. Operating off-pump is not possible, and access has to be sufficient to allow cannulation of the circulation to establish the CPB circuit. The benefits of minimal access cardiac valvular surgery will understandably be more modest, but are still important in this select population of patients.

available for a new prosthetic valve, but the surgical approach to replace the valve is similar in all cases. Minimally invasive aortic valve replacement involves reducing the size or location of the incision by using either an upper partial sternotomy or some version of an upper right para-sternal intercostal approach.

Mitral valve disease can be treated with either valvular repair or replacement. The minimally invasive

approach to accomplish this is through a limited right fifth interspace thoracotomy that will access the left atrium and mitral valve in a more direct fashion than access through a median sternotomy.

Cardiopulmonary bypass support is required, and cannulation can be done either directly though the

thoracotomy incision or percutaneously through the groin. There are more advantages to limited access mitral valve surgery than using this approach for aortic valve replacement. The incision can be much smaller than a sternotomy and more cosmetic within the right infra-mammary fold, particularly in the female patient, but it may also be more painful in the early postoperative period. When the left atrium is small, this more direct right thoracotomy approach gives much better visibility of both the valve leaflets and the subvalvular apparatus which greatly facilitates mitral valve repair.

Congenital cardiac surgery has also developed minimally invasive approaches for a number of commonly seen problems in newborns and children. The largest experience has been the closure of patent ductus arteriosus using thoracoscopic techniques. This can usually be accomplished with only two thoracoscopic ports and a surgical stapling device for closure of the ductus.ASD closures are mostly operated through small incisions in Rt. Chest wall. The surgical treatment of refractory atrial arrhythmias has traditionally involved a substantial operation called the Maze procedure. This involves the surgical division of re-entrant conduction pathways under direct vision while the patient is supported with CPB and the heart is arrested with cardioplegia.

A minimally invasive Maze procedure through a sternal incision is now being developed to accomplish the same surgical result using a linear cryo probe on the epicardial surface of the heart alone, obviating the need for cardioplegia and CPB support. The field of minimally invasive cardiac surgery continues to be very dynamic with several dramatically different technologies and approaches being developed These efforts will be further advanced by a number of initiatives to develop stent-like devices that will facilitate the fashioning of the coronary and proximal aortic anastomoses eliminating the need for suture management or knot tying by instruments within small closed spaces.