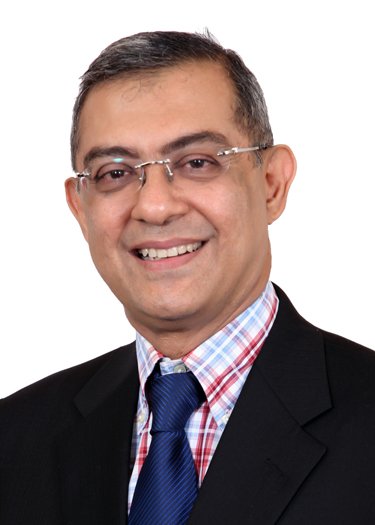 He has been a Clinical cardiologist and cardiovascular interventionist since 1987.He pursued his early medical studies at Smt. N.H.L. Municipal Medical College, Ahmedabad.

A recipient of several awards, the most prestigious one has been the 2004 International Service Award by the American College of Cardiology in recognition of the contribution to the ACC and to the international cardiovascular community, as well as listed for many years in “Who’s Who”/ Marquis.

He received the “LIFETIME ACHIEVEMENT AWARD IN CARDIOVASCULAR SCIENCE, MEDICINE AND SURGERY” by the International Academy of Cardiovascular Sciences, Winnipeg, Canada.

Awarded by Divya Bhaskar as one of the contemporary achievers in “The 100 Power list, 2010”-‘100 Ratno of Gujarat’-Biennial list released this Swarnim year-celebrates not only the eminence of Gujarat in its 50 years of glory but also salutes all those achievers and entrepreneurs who have shaped the success of the state. April 2011 He has been awarded “IMA DR.K.SHARAN CARDIOLOGY EXCELLENCE AWARD” by Indian Medical Association (HQS) for the year 2010.

He has been member of American Medical Association (AMA), USA, working group on Pathogenosis of Atherosclerosis of the ESC, Academy of TCT, USA. 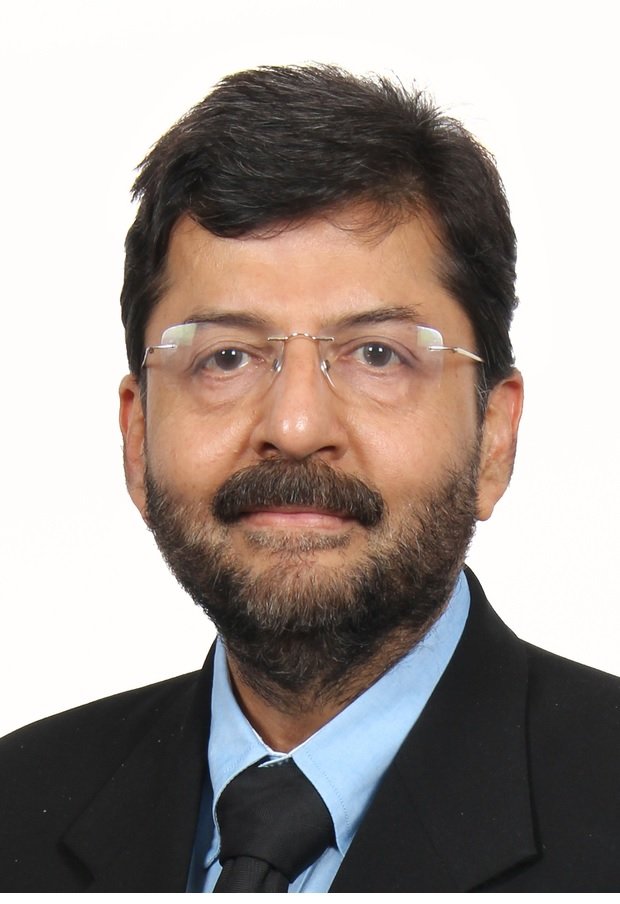 Recipient of National Merit and Post-graduate Merit Scholarships – had extensive training at India’s most prestigious institute namely Jaslok Hospital and Research Center, Mumbai ; Christian Medical College, Vellore and Sanjay Gandhi Postgraduate Institute, Lucknow. The first cardiologist from Gujarat to possess two highest degrees in cardiology – DM and DNB. One of the most versatile and one of the highest volume Interventionalist of India. With 26 years of experience in Cardiology, he has been appointed as a post-graduate teacher in Cardiology by National Board of Examination – the highest medical education body in India. 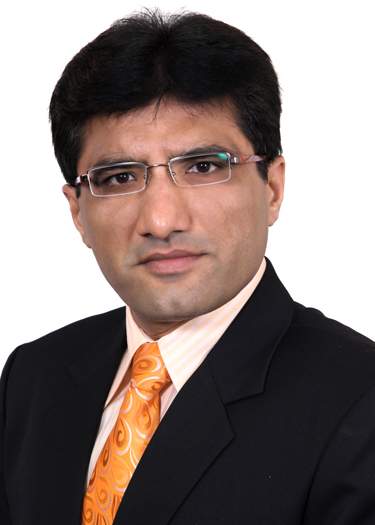 He has been a Clinical cardiologist and cardiovascular interventionist since 1999.

He pursued his medical studies – MBBS, MD (Internal Medicine) and DM (Cardiology) at Asia famous B. J. Medical College, Ahmedabad. He had a brilliant academic carrier with Gold Medals at almost each level. . He attained comprehensive knowledge and skill in Noninvasive as well Interventional Cardiology at the Institute of Cardiology and research Centre, Ahmedabad, India.

He has an extensive teaching experience. He was an Assistant Professor at the U. N. Mehta Heart Hospital and Institute of cardiology and Research Centre, Ahmedabad, India.

He keeps on teaching students and practicing Doctors to update their knowledge which, in turn, helps the treatment of patients across the country.

He has participated in several original research projects and many of them have been published at National and International levels in reputed journals.

Has received several awards during his student tenure and professional carrier.

He has travelled extensively across Gujarat, Rajasthan, MP and other parts of India to

create awareness in people about prevention of cardiac disease through lifestyle improvement. To fulfill social commitment of helping the needy, he has organized many diagnostic and therapeutic camps across the western India.

He has been a member of Indian Medical Association (IMA), India and a member of the scientific committee of IMA, Ahmedabad, India. 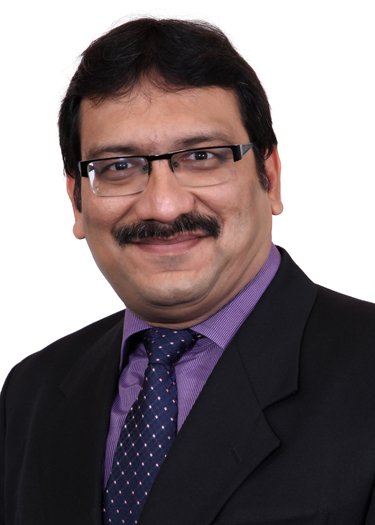 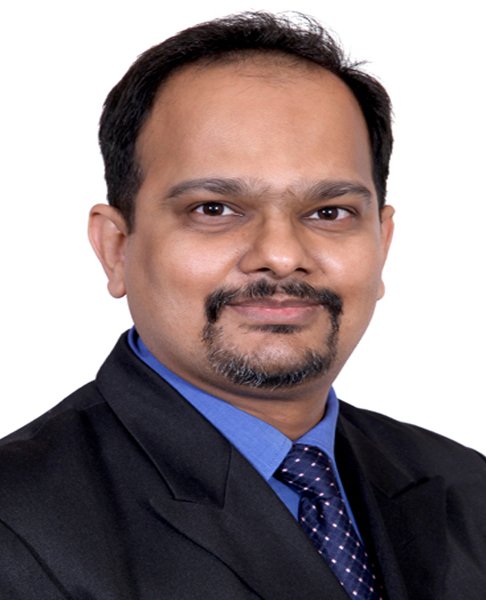 Has passed MCh (C.V.T.S.) from Delhi University (One of the oldest Cardiothoracic Institute of India) in 2002 with Gold Medal. Specialization in Adult Cardiac Surgery(Total arterial CABG also), Heart Failure Surgery, Valve Repairs, Paediatric Cardiac Surgery, Minimally Invasive Surgery. Experience of over 6000 open heart surgeries. Has been trained in Mitral Valve Repair under Dr. Alain Carpentieur & Dr.Phan at Alain
Carpentieur Foundation Hospital, Ho. Chinminh City Vietnam. Fellowship Course in Minimally Invasive at Leipzig Heart Institute, Germany under Dr. Friedrich Mohr.
Pioneer in Minimally Invasive Cardiac Surgery (MICS) in Western India. A part of the Pioneering team in India in developing Surgical Ventricular Restoration and Heart Failure Surgery. Member of Heart Failure society of India.Specialization in Heart Failure Surgery and Stem Cell Therapy. Since last 2 years came up with one of the most technologically advanced and best Hospital named CARE INTITUTE OF MEDICAL SCIENCES (CIMS HOSPITAL).
Founder, Director of this First GREEN Hospital of India with the unique blend of medicine and conservation of Mother Nature earth. CIMS hospital is ranked among the best hospital in India in medical care and treatment.
Expertise in Bypass surgery, Heart failure surgery ( weak Heart ). Valve replacement and repair surgery.
Has done almost 5000-6000 open heart surgery in last 10 years.Established the center of excellence with most advanced technology in the field of Minimally invasive heart Surgery. Pioneer in doing all heart surgery through small cut and without cutting the bone, making recovery of the patient faster and cosmetically superior in young females. Also establishing one of the best Heart Failure surgery unit with excellent results.At present leading the team of 6 cardiac surgeons. 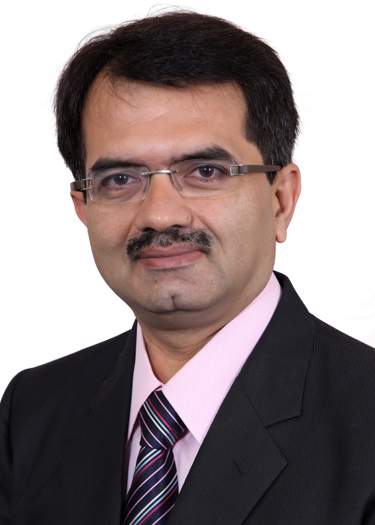 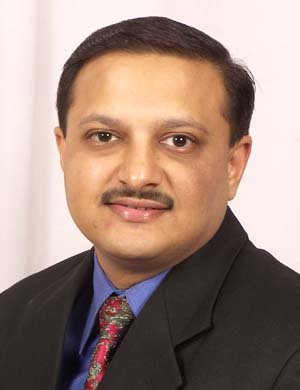 He is working as a Cardiac Electrophysiologist, Cardiac Arrhythmia and Heart Failure management specialist since 2001. He has worked at Sterling, SAL and Apollo Hospitals, Ahmedabad, Asian Heart Institute,Mumbai. He has also started and set up the Electrophysiology services at Shahid Gangalal Hospital, Kathmandu, Nepal.

Currently, he is the Director of Arrhythmia and Heart Failure department of CIMS hospital,Ahmedabad.

Presented many papers at National and International conferences. Has many publications in reputed National and International journals. Has been honored by many national authorities for best social services in the medical field in different regions of Rajasthan. Currently practicing as a consultant Cardiologist & Interventionalist at CIMS Hospital, Ahmedabad. Invited by Tajikistan Government to set up cath lab there. He did many radial angiographies and angioplasties. Acknowledged by President of Tajikistan for doing 1st time radial angiography and angioplasty in the country.Recently awarded Fellowship of European Society of Cardiology (FESC). 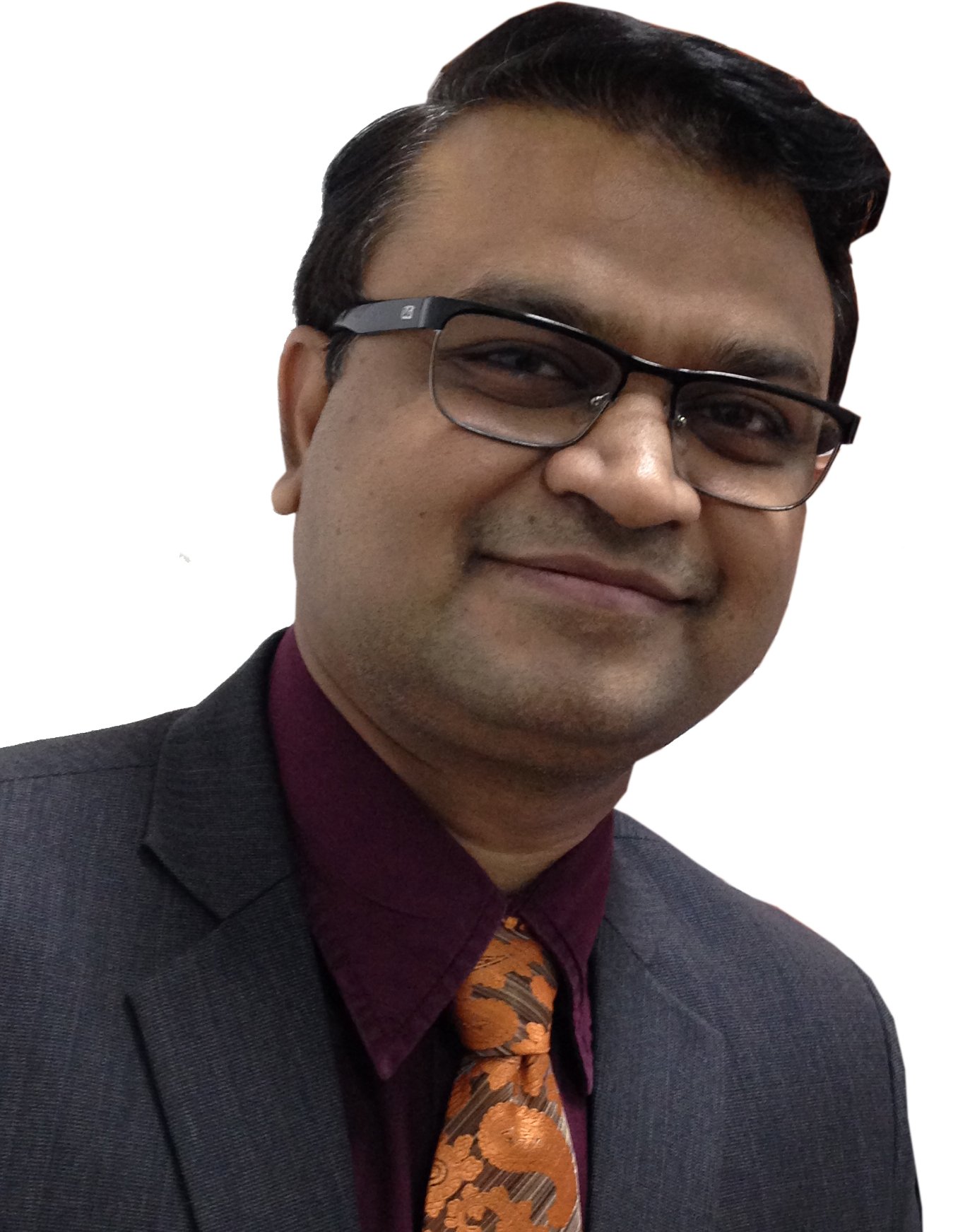 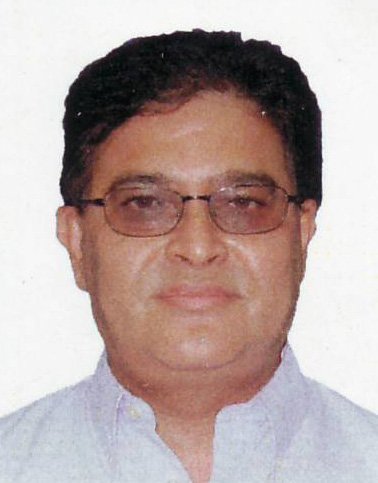 A Tanzanian by birth Kirti spent his childhood days in Dar-es-salaam. He studied at Mtendeni Primary School, Olympio Primary school and finally Shaaban Roberts Secondary school before leaving Dar-es-salaam for further studies to India. He is now settled in UK since 1980. A former London FTSE Executive Director, he is a Pharmacist by Profession also completed a Pharmaceutical sciences diploma at Chelsea University. He is a Member of Institute of Pharmacy management and a Fellow of Royal Society of Medicine for number of years.

He is also a member of TOPRA, a professional body of Regulatory professionals within the Pharmaceutical sector and also served on the Board Member of European Generic Association based in Brussels.
Following a Masters degree in Pharmacy and training he started his own Retail Pharmacy in 1993 within UK. He then expanded to build a chain of Pharmacies and a wholesale operation with other associates in south of England. He set up a Printing business with a colleague in 1987 which provided Print broking services to organizations until 1995 when it was sold.

He co-founded Goldshield Group plc in 1989 and led a management buyout in 2009 and ultimately selling the company as Mercury Pharmaceuticals Ltd in 2012. He was the Chief Operating Officer and Deputy Chairman of Goldshield Group which floated on the London Stock Exchange in 1998. His major achievements at Goldshield Group have been acquisitions of product all over the world with a purchase value of over £100m and Company acquisitions over £30m. He helped Goldshield to set up their base in at least 12 EC countries and created a network of distributors in over 50 countries outside of Europe and employing over 1000 people all over the world.

He is a shareholder and Director of CIMS hospitals in India and also CEO of a niche Pharmaceutical company which focuses on developing novel formulations.

He is a involved as a shareholder and a strategic advisor to Endeavour schools in USA. 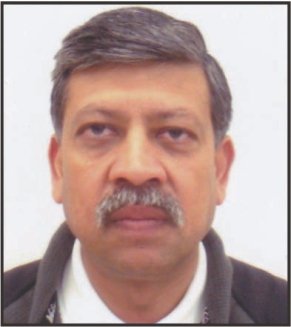 Ash Jain has been in practice in the Bay Area for the last 21 years. His practice encompasses all areas of cardiovascular medicine, including general medicine, cardiology, and both general and interventional and peripheral vascular disease. He has had extensive experience in managing patients with these medical problems. His interventional experience includes ‘head to toe’ revascularization of both arteries and veins. He has introduced many innovative interventional techniques to Washington Hospital and other hospitals where he practices.

Serving in the East Bay Area since he started practicing, he has experience in managing patients of multi-ethnicity. He is the founder of the multi-specialty group, California Cardiovascular Consultants and Medical Associates (CCCMA). It is a multi-ethnic group of twenty seven physicians with offices in Fremont, San Leandro, Hayward, Newark, Milpitas, San Jose and Pleasanton. He is the founder of California Hospitalist Medical Corporation, with 15 physicians working out of two hospitals. He is a joint founder of a large Multispecialty hospital in Ahmedabad, Gujarat,India. He founded the Mission Cardiovascular institute with seventeen active interventional trials encompassing devices used for revascularization of arteries from head to toe.

Dr. Jain is a graduate of Delhi University in India. He did his Internal Medicine at Georgetown University, where he was awarded as “Best Intern of the Year”. Subsequently he did Cardiology fellowship at Michael Reese Hospital in Chicago. He went on to do Interventional Fellowship at Oschner Clinic in New Orleans. Since then,he has been practicing in the East Bay area. He is Board Certified in Internal Medicine, Cardiology and Interventional Cardiology. He is interested in introducing the latest management techniques for patients at risk for heart and vascular diseases and in developing community educational programs. Additionally, he has done a lecture series on prevention of cardiovascular diseases. He is involved in multiple new device research technologies and has built a strong research program, and has written and presented many abstracts and publications. He has been involved in doing live training courses for interventional devices for coronaries and peripheral vascular disease. He trains cardiologist, radiologist and vascular surgeons to perform advanced interventional procedures. 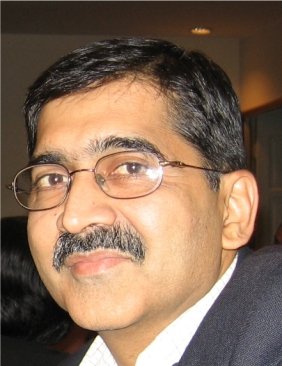 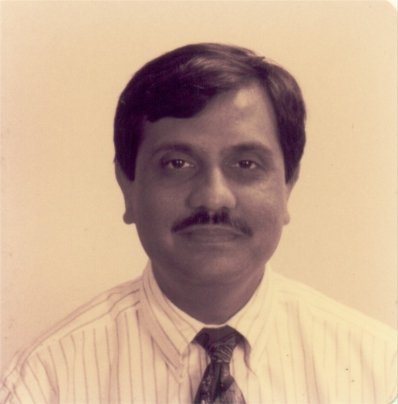 CIMS Hospital was awarded being the best hospital in Gujarat for 2019 by the International Health Care Awards.

CIMS Hospital is a 350-bedded, multi-super speciality and regarded one of the best multi-speciality hospitals of Ahmedabad in Gujarat providing a range of diagnostic and treatment services.

CIMS Hospital has been recognized as the Times Health Icon 2018 for being the best Hospital for Oncology and Critical Care. CIMS Hospital also was rated the Best Multispecialty Hospital in Gujarat at the International Healthcare Awards, 2018 held in Delhi.

When you join the CIMS Hospital mailing list you can expect to get great offers, health care promotions and excellent patient education emailed directly to your inbox. We take care to send emails that are valuable to you and your dear ones and avoid sending too many or too few emails. You also get emails about patient testimonials adding the the confidence that you are with the best hospital in Ahmedabad and one of top hospitals in India.