What is Lennox-Gastaut syndrome?

Lennox-Gastaut syndrome (LGS) is a rare and serious type of epilepsy that begins in childhood. Children with LGS have seizures often, and they have several different types of seizures.

This condition is difficult to treat, but researchers are looking for new therapies. Finding practical and emotional support is key to helping you give your child the best quality of life while facing the challenges and stress that this illness brings. 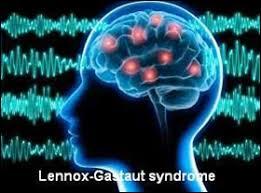 What are the Causes of  Lennox-Gastaut syndrome?

Doctors don’t always know what caused a child’s LGS. In some cases, it could be caused by:

What are the Symptoms of Lennox-Gastaut syndrome?

Children with LGS have frequent and severe seizures.

Seizures generally start between 2 and 6 years old. Children with LGS have learning difficulties and developmental delays (such as sitting, crawling, walking) that can be moderate to severe. They may also have behavioral problems.

Each child develops differently and it is impossible to predict how a child with LGS will fare. While most children have continuous seizures and some form of learning disability, some may respond well to treatment and have fewer seizures. 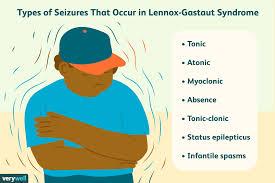 Children sufferiing with LGS, often have different types of seizures,

Atonic seizures. Also called “fall attacks” because the person loses muscle tone and can fall to the ground. Your muscles may jerk. These seizures are brief, usually lasting a few seconds.

Absence attacks. During these seizures, a person may have a blank stare or nod or blink rapidly.

In some children, the first sign of LGS is a continuous seizure lasting 30 minutes, or continuous seizures without a full recovery between them. This is called Status Epilepticus and it is a medical emergency.

People with LGS may also have a slower reaction time. Some have trouble learning and processing information. They may also have behavioral problems.

How to Diagnose  Lennox-Gastaut syndrome?

Your doctor will look for three signs to diagnose LGS: 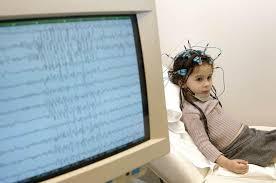 What are theTreatment modalities ?

Doctors can prescribe a variety of medications to treat LGS seizures. The goal is to reduce the number of seizures with medications that cause the fewest side effects. Finding the right treatment for your child will probably take time and close coordination with the doctor. Medications used to treat seizures include:

Generally, no single medication completely controls seizures. The doctor will closely monitor your child’s medication, especially if your child takes more than one at a time.

A special high-fat, low-carbohydrate diet, called the ketogenic diet, helps some people with epilepsy, including some children with LGS. It is a high fat, low protein and low carbohydrate diet. It must be started specifically and followed very strictly, so you need a doctor’s supervision.

Doctors aren’t sure why the keto diet works, but some studies show that children with epilepsy who follow the diet have a better chance of reducing their seizures or medications.

Your doctor will look closely to see whether the medication levels can be reduced or when. Because the diet is so specific, your child may need to take vitamin or mineral supplements.

For some children, a modified Atkins diet may also work. It is slightly different from the ketogenic diet. You don’t have to restrict calories, protein, or liquids. Also, it does not weigh or measure food. Instead, monitor carbohydrates.

People with seizures that are difficult to treat have also tried a low glycemic index diet. This diet focuses on the type of carbohydrates, as well as the amount someone eats.

If medications and other treatments don’t reduce the number of seizures, your doctor may suggest surgery. 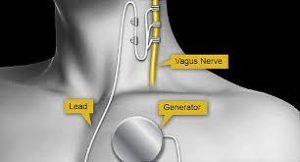 What to expect in a case of  Lennox-Gastaut syndrome?

Raising a child with LGS is difficult. If your child has frequent seizures, you may need to wear a helmet to protect him if he falls. You may have to deal with behavioral issues like acting and the side effects of anticonvulsant medications.

There is no cure for LGS, although there is a lot of research to find treatments that work best.