Abortion means an early termination of a pregnancy. Most abortions are the result of unwanted pregnancies. This can occur either by choice through surgery or medication, or it can occur naturally. This is often called a miscarriage. Talking to a doctor and getting all the information you can is essential to learning about both types of abortions. 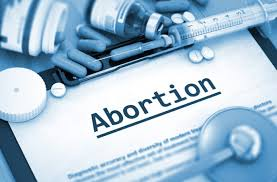 There are a variety of forms of abortion performed in clinics or hospitals. The kind you get will probably depend almost completely on how far you are along in your pregnancy.

When you are in your first trimester so you’ll likely have a vacuum aspiration or abortion inducing Medications. If you’re in your second trimester, you’ll likely have a dilation and evacuation, or D&E. If you’re more along than that, you might have a dilation and extraction, or D&X.Almost all abortion procedures are out-patient.

An induced abortion can be classified as therapeutic (performed in response to a woman’s or fetus’s health problem) or elective (chosen for other reasons).

Approximately 205 million pregnancies occur each year worldwide. More than a third are involuntary and approximately a fifth end in induced abortion.  In the UK, 1 to 2% of abortions are performed due to genetic problems in the fetus.  A pregnancy can be intentionally aborted in several ways. The way selected often depends on the gestational age of the embryo or fetus, which increases in size as the pregnancy progresses.  Specific procedures may also be selected due to legality, regional availability, and the personal preference of the doctor or woman.

The reasons for getting induced abortions are typically characterized by being therapeutic or elective. An abortion is medically known as a therapeutic abortion when it is performed to save the life of the pregnant woman; to avoid damage to the physical or mental health of the woman; terminating a pregnancy where the indications are that the child will have a significantly higher probability of mortality or morbidity; or to selectively reduce the number of fetuses to decrease the health risks associated with multiple pregnancy.  An abortion is known as an elective or voluntary abortion when it is performed at the woman’s request for non-medical reasons. Confusion sometimes arises over the term “elective” because “elective surgery” generally refers to all scheduled surgery, whether medically necessary or not.

Spontaneous abortion, also known as miscarriage, is the involuntary expulsion of an embryo or fetus before the 24th week of gestation.  A pregnancy that ends before 37 weeks gestation and results in a live-born baby is “preterm delivery” or “premature delivery.”

The most common cause of miscarriage during the first trimester is chromosomal abnormalities of the embryo or fetus. Other causes include vascular disease (such as lupus), diabetes, other hormonal problems, infection, and abnormalities of the uterus. . Advancing maternal age and a woman’s history of previous miscarriages are the two main factors associated with an increased risk of miscarriage.   A spontaneous abortion can also be caused by accidental trauma; intentional trauma or stress to cause miscarriage is considered induced abortion or feticide.

Medication abortion is a procedure that uses medication to end a pregnancy.This is the most common method used for abortion. A medical abortion does not require surgery or anesthesia and can be started in a doctor’s office or at home with follow-up visits to your doctor. It is safer and more effective during the first trimester of pregnancy.

Having a medical abortion is an important decision with emotional and psychological consequences. If you are considering this procedure, make sure you understand what it involves, the side effects, possible risks, complications, and alternatives.

Medical abortion regimens using mifepristone in combination with a prostaglandin analog are the most common methods used for second-trimester abortions.

Vaccum Aspiration. Up to 15 weeks of gestation, suction aspiration or Vaccum aspiration  are the most common surgical methods of induced abortion.  Manual vacuum aspiration (MVA) involves removing the fetus or embryo, placenta, and membranes by suction with a manual syringe, while electric vacuum aspiration (EVA) uses an electric pump. These techniques can be used very early in pregnancy. 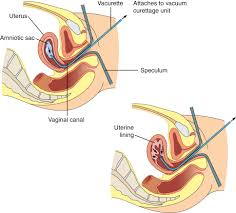 MVA, also known as “mini-suction” and “menstrual extraction” or EVA, can be used in pregnancy very early to 14 weeks when cervical dilation is not required.

Dilation and curettage (D&C) refers to opening of the cervix (dilation) and removal of tissue (curettage) using suction or sharp instruments. D&C is a standard gynecological procedure performed for a variety of reasons, including examination of the uterine lining for possible malignancies, investigation of abnormal bleeding, and abortion. 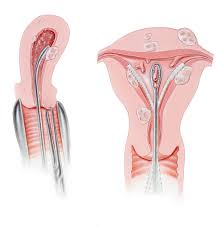 Dilation and evacuation (D&E), used after 12 to 16 weeks, involves opening the cervix and emptying the uterus using surgical instruments and suction. D&E is performed vaginally and does not require an incision. Intact Dilation and Extraction (D&X) refers to a variant of D&E that is sometimes used after 18 to 20 weeks when removal of an intact fetus improves surgical safety or for other reasons.

The health risks of abortion mainly depend on whether the procedure is performed safely or unsafe. The World Health Organization defines unsafe abortions as those performed by unskilled people, with dangerous equipment or in non-sanitary facilities. Legal abortions performed in the developed world are among the safest procedures in medicine.

Vaccum Aspiration in the first trimester is the safest method of surgical abortion, and can be performed in a primary care office, abortion clinic, or hospital. Complications, which are rare, may include uterine perforation, pelvic infection, and retained products of conception that require a second procedure to evacuate. Infections account for a third of abortion-related deaths in the United States.  The complication rate of vacuum aspiration abortion in the first trimester is similar, regardless of whether the procedure is performed in a hospital, surgical center, or office.  Preventive antibiotics (such as doxycycline or metronidazole) are generally administered before abortion procedures,  as they are believed to substantially reduce the risk of postoperative uterine infection; however, antibiotics are not routinely administered with abortion pills.  The rate of failed procedures does not appear to vary significantly depending on whether the abortion is performed by a physician or a mid-level professional. 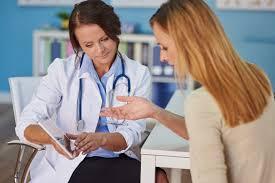 When you enter at the doctor’s office, you’ll fill out a few paperwork and answer questions about medical history and you’ll then get a pre-abortion workup, including a physical examination, pregnancy test, blood test, screening for sexually transmitted infections, and possibly additional testing, if your case warrant it. Your doctor may also use an ultrasound to validate how far along you are in your pregnancy and check for uterine, fetal, or placental abnormalities.

Your doctor will also talk to you about various types of pain management available to you during the procedure.

For an in-clinic abortion, you’ll probably get local anesthesia, meaning that your cervix will be numb but you’ll be awake. While 600 to 800 milligrams of ibuprofen usually provide enough pain relief, your doctor may also suggest you an oral medication to calm you down or mildly sedate you, so you’re awake but relaxed. If you favor heavy sedation, meaning you’re in a light sleep throughout the procedure, you can ask if a sedative medication can be given to you through an IV.